With Tamil Nadu leading the country with over 85 MW of rooftop solar installations, it is not surprising that star hotels in Chennai are showing a keen interest in going solar. Westin Chennai was one of the first hotels in the city to set up a solar system over its roof. The solar system was commissioned in 2014.

A PPA based financing model has been adopted with the investor being Tecton and Westin being the consumer (thus Tecton invests on the power plant and Westin purchases power from Tecton at a predetermined rate).

A brief description of the system is given below.

60 kWp of solar panels have been set up on the ninth floor and 21.6 kWp on the second floor of Westin Hotel. 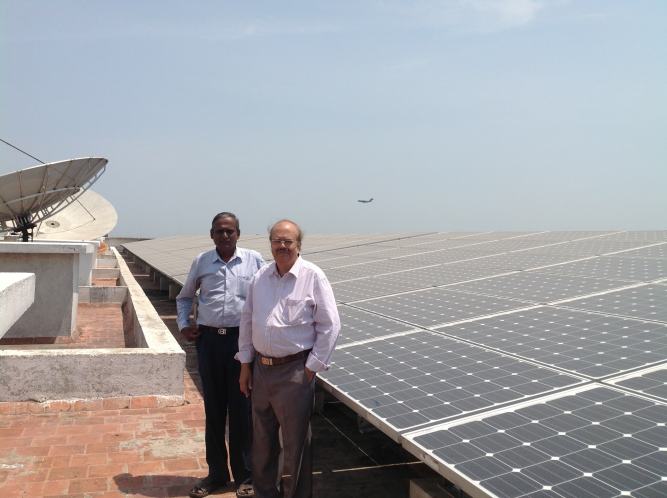 Figure 1: Mr TS Venkataraman (right), MD of Esvin Group, and his manager against a background of solar panels (60 kWp)

On the second floor, there is slight shading on the solar panels due to the dish antenna (as shown below), but this is less than 0.5% of the total solar generation and does not significantly affect the output. 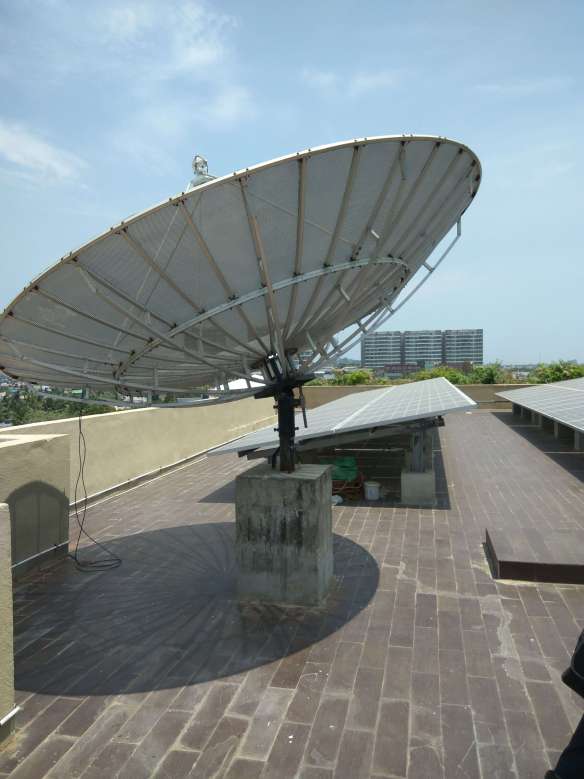 Esvin Advanced Technologies was chosen as the EPC for the design, construction and engineering of the 81 kWp plant through a competitive bidding process. Esvin Group is a reputed organization with a big presence in the renewable energy sector, with a special focus on biomass energy.

Apart from a competitive quote, the ‘Esvin’ brand name was an additional factor that contributed to Westin choosing them as the EPC.

Over the last two years, the solar power plant has performed to expectations of the Westin management.

Being their first installation, Esvin has gone a long way in ensuring that the system works efficiently. 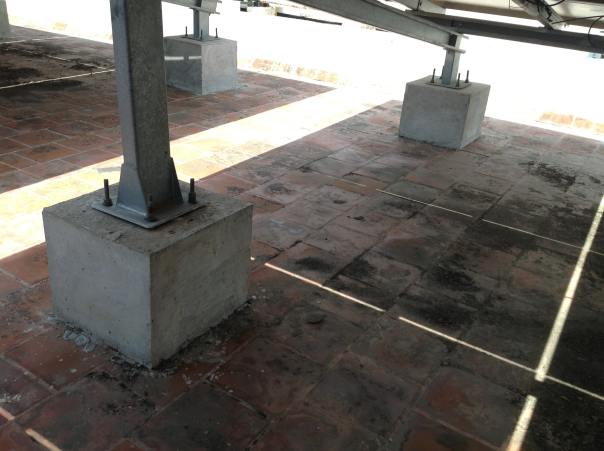 In order to reduce the DC cable length thereby lowering losses, string inverters were employed as part of the system design. Have a look at the inverters below. 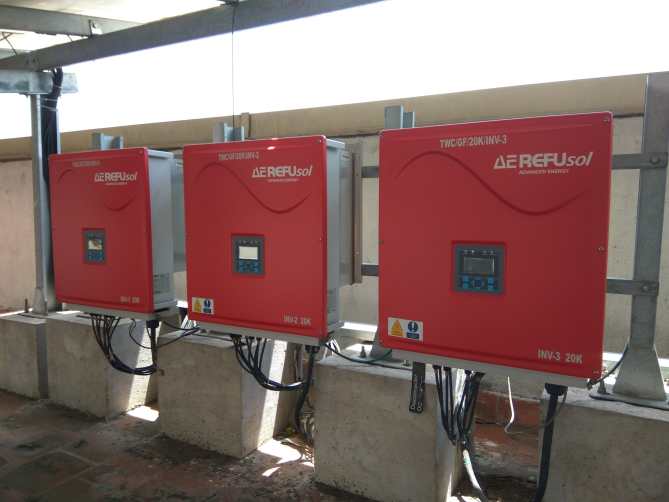 The cleaning of panels has been done on a monthly basis. Typically, two people are employed to clean the panels and it takes around 8 hours.

The complete O&M was taken care of by Esvin for the first two years; recently, that period being over, the Westin management has taken over the maintenance of the solar power plant.

The Westin management is extremely satisfied with the solar installation which has been functioning smoothly since April 2014.

The overall power generation for the entire Calendar year 2015 was about 115,000 units. The monthly generation details collected from the inverter monitoring system for 2015 has been given below. 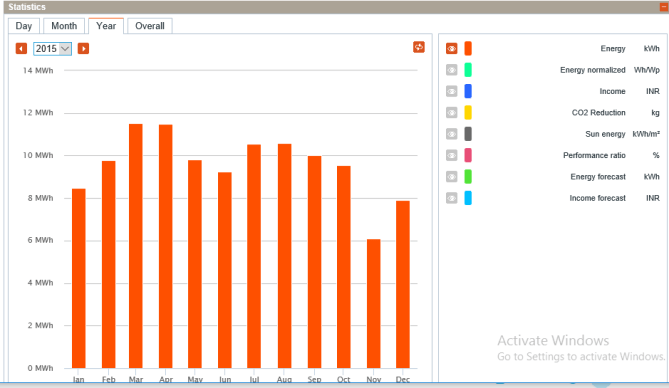 The relatively less generation in the months of May and June is due to some cabling problems from the inverter to the Internet center as a result of which there was some data loss.

In addition, the severe rains during Nov & Dec 2015 also brought down the generation by a notch for those two months.

Even after the above two challenges, the plant has achieved a CUF of 16.1% for 2015, a fairly decent output and pretty close to the benchmark of about 17% CUF expected for locations such as Chennai.

According to Solar Mango estimates, there was a loss in generation of 7000 units due to unpredictable incidents. A favorable scenario unaffected by this loss would have produced a CUF of around 17.07%.

Interview with the MD

Solar Mango recently interacted with Mr TS Venkataraman, the Managing Director of Esvin Advanced Technologies Limited. A short interview which discusses his background, motivations and views on the solar industry has been covered below.

Solar Energy is part of our thrust towards Renewable Energy. In fact, we sold our Bio-Products Division and started our Solar Energy Division in Jan 2014. We are currently addressing market for H2 Energy from Biomass.

Too many small players without understanding the basics of EPC management. I was personally involved in executing big projects as part of Seshasayee Paper Consultancy Division. Though I got attracted to SPV in 2011-12, I had to wait couple of years for the Market to mature, before foraying in to SPV.

If distributed SPV has to succeed, power availability in rural areas in the night time has to be adopted- off-grid- battery support should be given at least from 5 to 9pm. Batteries –tubular type- are expensive so Govt should give greater weighted subsidy to batteries clubbed together with Solar PV.

Being an Innovation based Company, we are looking into advanced materials to improve cell efficiency and tie up with those companies for growth in niche markets.

The Market is opening out in a huge way with Grid parity already being achieved. Start with small projects preferably with a tie up with an EPC firm and focus on Roof top solar PV, where locating land is not an issue. That is what we did!