Companies Diversifying into Solar in India – A Review

­
Companies Diversifying into Solar in India – A Review

Solar is Hot. And Many Firms Wish to Strike when the Iron is Hot! 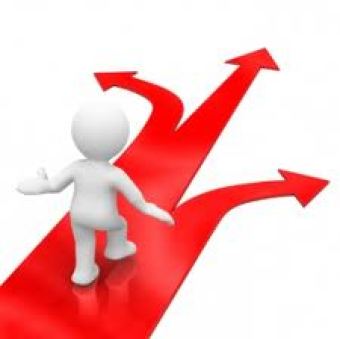 With the solar power sector expected to grow at such a remarkable CAGR for the next 6 years, (and presumably have significant growth rates even beyond that), there is a huge interest among businesses and the corporate sector in India (and from corporates outside India toot) to invest in this sector.

Solar Mango did a review of some of these investments, and we present a summary of our findings.

Our review indicated 10 trends in the context of companies investing in the Indian solar sector.

With solar set to overtake wind as the dominant form of renewable energy in India by 2020, large wind energy companies in India such as Gamesa and Suzlon diversified into solar space recently, and plan to invest several hundred million dollars in the next five years. (Source)

On a related note, a number of wind IPPs are also keen on becoming solar IPPs.

This should hardly be a surprise, given that the wind power companies – be they OEMs or IPPs – are highly acquainted with the renewable power sector. And broadly, the dynamics – the drivers and constraints – are similar for the solar and wind power sectors.

Expect every major wind power player to have a medium-large solar play soon, and not just in power generation, but also in some aspects of manufacturing, especially solar inverters.

Some specifics on how some key wind power players are approaching solar.

Other global wind companies that are diversifying into solar

This is a sector for which solar makes most sense.

Remember, a large part of solar is just the same AC power equipment that a number of conventional power plants use – transformers, switch gear, switches, transmission towers, fuses… – you get it. Thus, companies that are supplying any of these are showing significant interest in entering the solar power sector.

Just to jog your memory, many of these traditional electrical and power equipment companies already has/had significant solar plays – Siemens had a solar inverter division not very long back, GE has invested in thin film solar, ABB is already a biggie in the solar inverter play and so is Schneider, and many of the equipment providers are working on the emerging domains within solar power – for instance on the intersection of software, IoT and power generation.

Here’s a snapshot of how Schneider Electric views solar opportunities in India:

Is your firm interested in diversifying into solar? Send a note to Narasimhan, Co-founder, Solar Mango ( narsi@solarmango.com )

With the most prominent sectors in solar fast becoming crowded, a good number of companies are also adopting a more strategic approach by going for niche opportunities rather than go for “commodity” or well known opportunities such as putting up solar power plants.

The size and nature of the niches that companies go after depend on the company in question of course, but the good news is, given the industry and opportunity characteristic available in solar (especially solar PV), a large number of companies from diverse fields can identify interesting niches for themselves in the solar energy sector.

In Solar Mango’s opinion, this route is a highly recommended route. Sure, a niche usually does not appear to have a large market size and value, but becoming a dominant player in a niche is relatively easy, and as any business strategist will tell you, dominating a niche is one of the better ways to build a larger empire for the future. (Classic examples are Tesla, Google, and our own homegrown Reliance).

Within solar, the most obvious entry point for most infra firms is the EPC segment – this is also why you find that this segment is highly crowded

With some of the largest infra EPCs such as L&T and Sterling & Wilson already being prominent players in the solar power sector, more companies in this sector are entering the sector.

Here’s a snapshot of how the infra major Adani Enterprises is making a wind energy foray: ( Source)

Not surprisingly, solar energy is a hot area of focus for a variety of firms in the engineering and related sectors. In fact, over 20 engineering firms have been in touch with Solar Mango related diversification into solar and we had provided professional assistance to quite a few of those.

Sectors within engineering that had shown a special interest in solar

Here’s a snippet of how an engineering firm, auto parts manufacturer JBM diversified into solar in 2015: (Source)

With the government keen on ensuring that its target of 100 GW in solar by 2022 are met, it is going all out to get the PSUs do as much as possible in this direction, both as developer and as companies manufacturing a variety of products and solutions.

Companies such as BHEL and CEL are investing in both power plants as well expanding their existing solar manufacturing facilities. For these firms, solar is not really a diversification, as both of them have been some of the first to start making solar cells in India, but their contribution to the solar cell market so far has been pretty small, and it is quite possible they might wish to up the ante now.

Many other PSUs not directly related to or involved in solar, such as Indian Railways, Coal India (Hmmm…) etc., are mainly looking at becoming solar power plant developers.

As an example, here are some nuggets on what Bharat Electronics plans to do in solar (source)

Every second Indian company with small money lying in their banks is trying to invest in the solar sector.

One of the largest areas of diversification for these Indian firms is into becoming a solar power producer. If companies are able to get a PPA, it can be seen that is one of the real low-risk investment avenues that also provides reasonably good returns over a long term.

Companies of all hues, colors and sizes are diversifying into solar through this route.

Investment sizes vary, but most of these firms are keen on getting a solar power generation allocation from the central or state auctions, and well, continue getting money hand over fist for the next 25 years. At least that is the plan.

Not to be left behind other large Indian firms, Arcelor Mittal has become a solar power producer too. Here’s a snapshot. (Source)

A number of Indian and multinational conglomerates had been eyeing solar for sometime. Some of them, like the Tata, had already started playing a significant role through their existing divisions related to power and energy. A number of other such conglomerates are also now getting into the solar game.

Some of these large corporates are going beyond just investing in power plants and have ambitions to invest along many other points (including manufacturing) in the Indian solar energy ecosystem. However, from Solar Mango consulting division’s review and analyses of trends, investments in power generation are likely to happen pretty quickly (as quickly as they can get a bankable PPA), but investments in manufacturing could take time, given the differing risk profile for the solar manufacturing sector in India.

There has been a tremendous influx of investments and market entry from international firms having solar offerings. The largest among these of course has been from solar panel manufacturers and solar inverters. Of late, at Solar Mango Consulting, we have also seen a significant amount of interest in entering the Indian market shown by sub component makers, some of which include panel sub-components such as backsheets and encapsulants, cables and harnesses, connectors and more.

In addition to components and products, there has been a tremendous interest from solution providers as well. I had the opportunity in the last few years to meet and provide some inputs to companies providing solutions for diesel-solar hybrid solar plants, solar power plant monitoring solutions, and some companies specialising on microgrids etc.

This is another trend that is gaining ground.

I have been giving numerous examples of large firms so far in this post. For a difference, we look at an example of how a relatively smaller firm offering a niche solar solution is expanding into a larger space within solar.

So folks, that’s a rather detailed review of the solar diversification efforts for a diverse list of companies, from both India and international.

Other highlights of analyses

So! These are early days yet for solar power, and hence the diversification efforts being attempted today can only be taken as initial trends. These could change, for instance more in favour of manufacturing, should the government come up with more policies and incentives favorable for long-term growth of solar manufacturing in the country.

Looking at current trends alone: As can be seen, there is interest in, and moves from, a variety of stakeholders looking at a diverse variety of opportunities. While a good percentage of these efforts are directed mainly towards the power generation segment, the details above show that even within this “commodity” segment, a good extent of differentiation is being attempted (microgrids, solar-wind hybrids etc). What we are sure of at Solar Mango as the solar power sector grows is that many more opportunities – beyond just power production – will open up for a wide variety of companies.

Is your firm interested in diversifying into solar? Send a note to Narasimhan, Co-founder, Solar Mango ( narsi@solarmango.com )